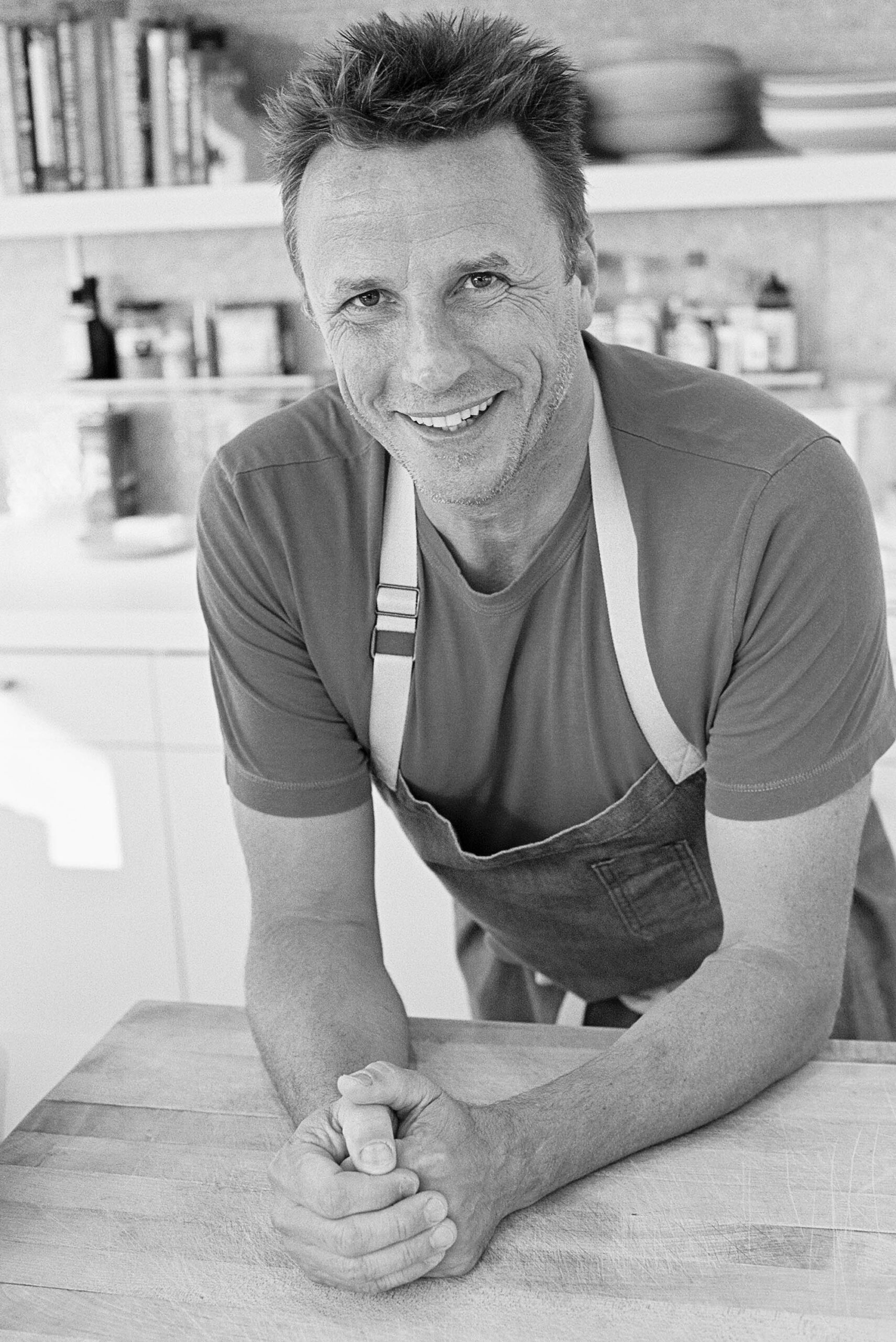 Ask Chef Marc Murphy where he grew up and he’ll fire off a list of cosmopolitan destinations — Milan, Paris, Villefranche, Washington DC, Rome and Genoa — “and that’s before I turned 12,” he’ll explain. This dizzying list of hometowns served as an excellent education in French and Italian cuisine, though as a teenager this was not his first passion. When the reality hit that he didn’t have the funds to become a professional racecar driver, Murphy followed his brother to the Institute of Culinary Education. Following graduation, he apprenticed at restaurants in France and Italy before returning to New York where he landed a job as a line cook at Terrance Brennan’s Prix Fixe. He stayed there for almost two years, working his way through every station in the kitchen and forging a professional bond with Brennan’s Sous Chefs Joseph Fortunato and David Pasternak.

Eager to return to Europe, Murphy flew to Paris and landed a position at the one-star Le Miraville, where he stayed for one and a half years. Afterwards, he staged at the famed Louis XV in Monte Carlo, where Executive Chef Alain Ducasse was so impressed with Murphy’s skills that he personally made arrangements for him to work with Sylvain Portay at Le Cirque once he returned to the States. Murphy still considers Portay to be his greatest teacher. “Sylvain was above all concerned with coaxing out the most vibrant, interesting flavors any ingredient had to offer, yet he insisted on minimal manipulation,” he recalls. Following Le Cirque, Fortunato tapped him to work as a Sous Chef at Layla, Drew Nieporent’s Middle Eastern fantasy in Tribeca, where he met consultant Georges Masraff. When Masraff joined forces to open Cellar in the Sky at Windows on the World, he recruited Murphy to serve as Executive Chef. After receiving critical acclaim, including a two-star review from the New York Times, Murphy headed uptown to serve as Executive Chef of La Fourchette where the Times’ critic Ruth Reichl awarded him another glowing two-star review, citing his “open desire to transform food [so that] in his hands, even a simple green salad … Looks like a ruffled hat in a painting by Renoir.”

In March 2004, Murphy opened his first solo enterprise with Landmarc [Tribeca], which won rave reviews both for its eclectic French and Italian menu as well as its highly untraditional wine list. Following its success, Murphy opened Ditch Plains in the West Village in 2006 serving casual, beach-style cuisine such as lobster rolls, fish tacos and the infamous ditch dog as well as other comfort food favorites. In 2007, Murphy was given the opportunity to open another Landmarc restaurant in the prestigious Time Warner Center where he brought his bistro-style cuisine to midtown for over twelve years. In addition to restaurants, Murphy headed up the company’s catering division, Benchmarc Events by Marc Murphy, where his signature style of accessible contemporary cuisine transcended the boundaries of what was offered in his restaurant locations.

Today, Murphy’s involvement in the industry moves beyond restaurants, with a regular role as a judge on Food Network’s highest rated hits, CHOPPED and CHOPPED JUNIOR as well as appearances on CHOPPED AFTER HOURS, GUY’S RANCH KITCHEN, GUYS’S GROCERY GAMES, BEAT BOBBY FLAY, WORST COOKS IN AMERICA, THE KITCHEN, THE BEST THING I EVER ATE, THE RACHAEL RAY SHOW, GOOD MORNING AMERICA, THE TODAY SHOW and HSN among others. He served as the President of the Manhattan chapter of the New York State Restaurant Association from 2014 until 2018. He is both a Food Council & Board Member of City Harvest, New York City’s largest food rescue organization. Murphy also sits on the Leadership Council for Share our Strength’s No Kid Hungry campaign.

In 2012, Marc joined the U.S. Department of State’s Diplomatic Culinary Partnership, where he took part in public diplomacy programs that engaged foreign audiences abroad as well as those visiting the United States. He traveled to Italy numerous times, China and Turkey as part of program. Today, he continues his Chef diplomacy work through The Culinary Diplomacy Project traveling to destinations around the world as a representative of American culture and cuisine. He has visited both Jordan and Italy thus far.

Marc is the author of Season with Authority: Confident Home Cooking his top selling cookbook and in 2019 launched his hosting duties with his debut podcast, Food 360 with Marc Murphy produced by iHeartRadio.